Sweden is said to be the largest market of pellets in the world in terms of the pellets that are consumed by the inhabitants of the country in pellet stove. The pellets which are used around the country either in residential homes or in public institutions have greatly contributed to the use of as part of its heating system. The pellets that are used in Sweden are produced in the country through the use of pellet mills since the 1980s. Pellet mill of Sweden industries have been producing pellets mostly from the residues that are gotten from the many wood industries in the country. The pellets produced in Sweden are mostly wood except for a few who use other raw materials to make animal feed as well. 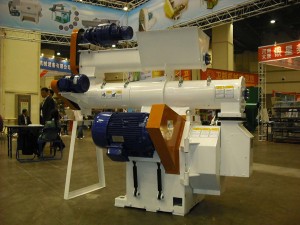 The need of heating in most cities as well as towns is one of the main reasons why pellet mill Sweden is very important. The wood pellets produced from these pellet mills have replaced the fossil fuels that were used to provide heat in different parts of the country. The wood pellets have helped the cities as well as towns to be able to meet the demand for heat from its inhabitants without having to increase their use of fossil fuels.

Wood pellet production from Sweden pellet mill is done by both small as well as large industries which can work for a few hours and others for longer hours depending on the demand that needs to be met. These pellet mills that operate in Sweden are on the rise as other industries such as those who produce energy and paper take up wooden pellets as an alternative energy source. These changes will drastically reduce the amount of harmful emissions that the industries were producing while using fossil fuels.

Lastly, the use of wood pellets in Sweden has given industries that use wood in their manufacturing process to contribute their waste to pellet mills which in turn produces energy that they can use as well.