The use of pellets has become an alternative to the production of energy while using fuels in many countries. These pellets are made from different materials with the most common being wood. The wooden pellets are made from raw materials such as sawdust, wood shavings, and waste wood. However, not many people are aware of the steps taken towards pellet mill development as they just use the products that are produced from the process. 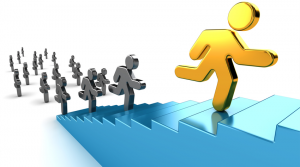 At first pellet mills, mainly consisting pellet roller and die, were only producing wooden pellets that were made from the residue of wooden materials.  However, as pellet mill development has become widespread there has been concern over the amount of wood residue that is being used to make the wooden pellets. In some countries such as Canada there has been a shortage of sawdust as well as shavings from softwood which in turn has affected pellet mill development in terms of output.

With this shortage, pellet mill development has now incorporated the use of hard wood waste as well as timber that is low grade for its fibre. These two ingredients have no extra use in commercial industries and so can be used to make pellets that will be used to produce energy. However, the use of these raw materials has increased the cots in pellet mill development but the products that are gotten are able to be distributed to the clients who need them.

Waste from food such wheat hulls; grasses as well as straw are now used in some pellet mills to produce pellets that are used to produce energy. However, their ash content is much higher and may sometimes produce chloride which can corrode heat appliances. Overall, wooden pellets are still the most preferred.